I remember being 19, fresh out of school and having my first REAL job.  I was actually running a computer network for a famous food company in SoHo, Dean & DeLuca.  That was back when knowing DOS actually paid off.  (Did I just give away my age?)  Anyway, I was driving my parent’s rust-orange Chrysler Imperial and as I rode past the Chevy dealer I wondered to myself just how much respect would they give a young, black kid in the car dealership?  What they ended up giving me was more than I bargained for.  Over $10,000 in new car debt!  On a car that was not what I really wanted and I paid full sticker at that!  I came to hate that car.  Every time I made the payment on it I kicked myself.  In the pantheon of epic dumb money moves that one stands out as probably in the top 3 for me.  I’m sure you have your own stories.

The point is, we all have those money moments we wish we could undo.  Money is an integral part of our lives and in life, we will all make mistakes.  The thing is to learn from them and not repeat them ever again.  And when the mistake is big enough that it leaves a mark (Like my $11,000 Chevy Spectrum), we don’t soon forget the pain.  People still love and buy new cars.  But there are a lot of other costly mistakes we make.  We rationalize these by saying everyone else is doing it.  That’s simply no excuse.  These easily turn into a money drain that can sap you of literally millions in future investment earnings.

In this article we will discuss some of these more common money mistakes and how and why you need to take action to fix them NOW.  They may not seem big at the time, but they will eventually lead to death by a thousand small cuts.  So, let’s see how we can stop the bleeding.

I just had to lead with this one, since the sting of my teen blunder still haunts me to this day.  Everyone loves that new car smell.  But what you’re really smelling as you drive off the lot is the odor of your hard-earned dollars going up in smoke.  See, the typical new car can lose up to half it’s value in the first 2-3 years.  That is why the typical neighborhood millionaire doesn’t even buy them.  Oh, but what about the warranty?  You can still get a used car with much of its manufacturer warranty still intact.  In fact, some certified used cars have a stronger warranty on them than when they were new!

The smarter alternative:  Buy a quality used car that’s about 2-3 years old.  At that point it has done the vast majority of its depreciation and you are paying pretty much dead on what it’s actually going to be worth for some time to come.  It will still continue to depreciate, but at a much slower, less-scarier, rate.  And it still looks practically brand new.  In fact, most people will not even be able to tell the difference.  But your pockets will be able to tell the difference!  And that’s what really counts.

2. EATING OUT EVERY DAY

Face it.  We all have fallen into this poor habit at one time or another.  When I worked in the city as a teen so many years ago, I remember spending $6 each day on lunch.  That’s $30 each week and $120 each month.  My car payment was $180.  I made, at that time, $16k a year.  That puts things into perspective.  Nowadays, the typical daily lunch is well north of $10 per day which easily blows away more than $200 of your income each month.  Can you honestly tell me you couldn’t find a better use for that money?

The smarter alternative:  Brownbag it.  Yep, bring a sandwich from home.  Or, pack some leftovers from the night before and heat them up in the microwave at work.  Chances are it will taste better than the fast fare you will get on the street.  And if you just decided to cut your eating out by just half you could bank $1200 per year in your account in this example.  Or better yet, pay off $1200 in debt!

3. RENTING TO OWN APPLIANCES AND FURNITURE

Rent-to-own spots are popping up everywhere.  Problem is, the everywhere only seems to be in lower income neighborhoods.  There’s a reason for that.  The typical millionaire makes decisions based on 10 years from now.  The average poor person makes decisions based on the next payday.  Have you ever calculated the interest rates these places charge?  If you just banked the weekly payment they want, you could actually pay cash for the thing in just a few short months!  Instead, short-sighted folks end up paying many times what the item actually would have cost if purchased outright.

The smarter alternative:  Stash away what you would have given to those crooks at the rent-to-own spot every week.  Exercise a little self-control and save it up until you have enough to buy the thing for cash.  Then you will keep a lot more money in your pocket and you won’t have to worry about a weekly payment sucking your wallet dry.

4. USING A CREDIT CARD INSTEAD OF CASH

But don’t the points add up?  Do yourself a favor and ask a millionaire if he ever got rich on points.  I don’t think you will find one who did.  Think about it.  Credit card companies are not in the business to lose money.  They aren’t giving away points out of the goodness of their hearts.  They know most folks will not even redeem them and for those who do, they make so much money in interest that it’s a mere bag of shells to them.  In fact, the average person pays more when using a credit card because they don’t actually feel like they are spending cash.  McDonalds is a prime example.  They found that the typical sale is $4.50 when people use cash, versus $7 when they use plastic!  Now you know why those card terminals are so conveniently placed at every register.

The smarter alternative:  Carry cash and ditch those credit cards.  Dunn & Bradstreet did a study which showed that people spend 12-18% more when using credit cards.  That’s because when you use cash you actually feel the pain of the money leaving your hand.  When you use plastic, you don’t, so you’re apt to spend more.  But if carrying cash around isn’t your thing, at least use a debit card.  Then you won’t be paying interest on that burger and fries for months to come!

What sane person would tell you they would be willing to pass on a legal and guaranteed, double-your-money investment?  None I’m sure.  But that’s what millions of Americans do when they take a pass on their company’s 401k match.  Dude, that’s FREE MONEY!  An automatic 100% return on your money before it even hits the market.  Don’t miss out on that, please!

The smarter alternative:  Contribute at minimum the percentage that your employer matches.  How many other guaranteed ways are there out there to double your money immediately?  I’m not able to think of any actually.  So, head down to Human Resources and sign up for that match today!

We’ve reviewed 5 common money mistakes the average person makes that ends up crippling their ability to grow wealth.  We’ve also reviewed the alternatives you can take to stop the money bleed.  Now you know.  And knowing is half the battle, as they say.  The other half is actually doing something about it.  In other words, if you know, act like you know!  And if you do, you will rise above the average and put yourself on track to becoming an above-average millionaire next door! 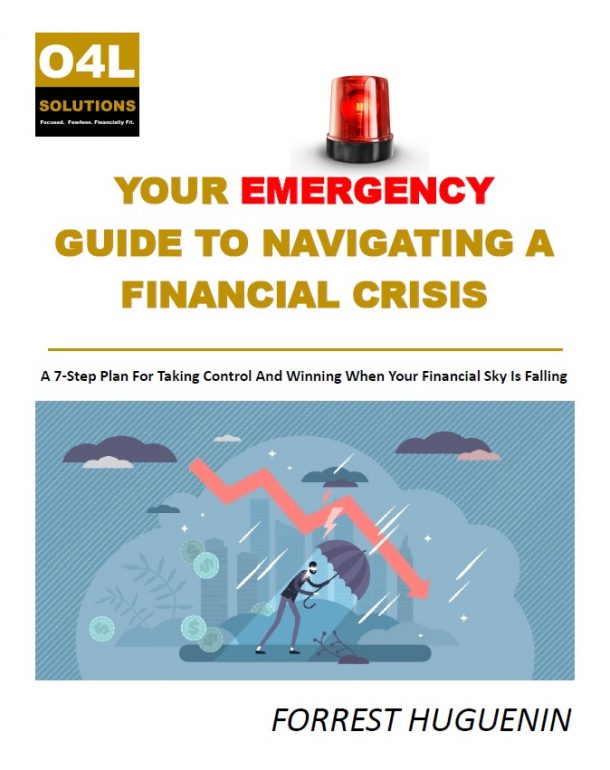 HELP FOR A FINANCIAL EMERGENCY

The Covid-19 crisis is real.  People are looking for knowledge, a plan and hope.  This FREE guide will give you all 3!  Get yours now and start formulating your Covid-19 Financial Emergency Survival Plan.  And for a limited time get a BONUS extra: The Quickstart Budgeting Worksheet!

Thank you!  Your guide is on its way to your inbox!

We keep your information private!