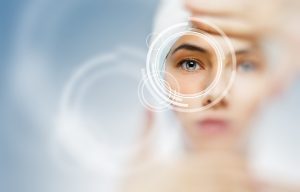 What is it that causes one person to be wealthy and successful, while another wallows in poverty and failure?  Is it their background?  Upbringing?  Genes?  Or is it what some folks call good old luck?

The evidence shows us that it is none of these.  Tyler Perry went from being homeless and living out of his car to forging one of the largest and most successful production companies in existence today. Tyler Perry Studios had revenues of $900 million in 2016.   Steve Harvey, another mega entertainment success story, also lived out of his car, survived on peanut butter and crackers and overcame obstacle after obstacle before he achieved what he has today. Now there is hardly an hour of any given day where you can’t turn on a television and find Steve Harvey on some program or other.  You probably never heard of Do Won Chang.  He immigrated from South Korea in 1981, worked 3 jobs simultaneously as a gas station clerk, janitor and coffee shop employee.  He founded a little clothing store in 1984.  Now Forever 21 is multi-national with 480 locations around the globe and generates over $3 billion per year!

None of these examples came from “privileged” backgrounds.  None were born with inherent cultural advantages.  None were academic standouts, as it were.  But what they all shared in common was something that all successful people share:  An unswerving hunger and focus on the thing they wanted.  They would not be denied.  The world could not shake their faith.  Obstacles would block their path and they would find another way.  Naysayers would criticize yet they would not give heed to their words.  Poverty would reach out to embrace them and they would shake free.

So, if you want success, if you want to live the life of your dreams, you must master this one trait of the rich and successful:  Focus.  There can be no success without it.  And that is why so many want success but so few obtain it.  They will not put in the work it takes to master focus and the unlimited potential that comes along with it.

With that in mind I want to share with you what I call “The 5 Focus Essentials” that you must master in order to have success in life.  If you want to get that dream job, start that dream business, have that dream family or live that dream life then you must devote yourself to mastery over the following 5 things.

Focus on your dreams, not your fears.  Rich people consistently keep their dreams in front of them.  They write them on slips of paper and carry them in their wallets.  They write huge checks and pin them to boards in their homes in the belief that one day they will be able to cash it.  Jim Carey wrote himself a check for $10 million when he first got started in the business.  He was broke at the time.  Years later he demanded $10 million to play a starring role in a film and got it.  Guess what?  He could finally cash that check!  Getting that sum was not “luck” or chance.  It was the result of his unbending focus on his goal:  A $10 million payday.  Poor people give in to fear.  They live a constant life of “I can’t,” “What if I fail,” and “I’m just not lucky.”  If you are ruled by fear you are destined for the ash heap of poverty.  If you focus on your dreams despite your fears, success will be yours!

Focus on what you have, not on what you don’t have.  This is the age-old story of whether you see the glass half full or half empty.  Rich people live in a place of gratitude.  They know what they have and they focus on this.  They share freely and receive in abundance.  They leverage what they have to achieve what they want, and they do this consistently and with purpose until the goal is realized. The poor can only focus on what they don’t have.  They are stingy and as a result, receive very little.  They spend so much time complaining about what they don’t have that they give themselves no time to appreciate what lies just beyond if they extend their grasp just a little further.  So be grateful, focus on what you have and you will gain so much more!

Focus on what you can change, not on what you can’t.  There are some things in life that are within your control, and some things that are not.  Other people’s actions, the weather and taxes, to name a few, are beyond our control.  Your actions, your attitude and your future are things you can control.  Rich people don’t get bogged down in the things beyond their control.  It’s a waste of time and energy for them.  Rather, they focus on the things within their control, those actions they can take, those positive thoughts they can cultivate that will propel them ultimately toward their final goal.  Always remember, while you cannot necessarily control the words and actions of those around you, you most certainly can control how you choose to react to them.  So, keep your mind focused on those actions you can perform everyday that will get you to where you want to be.

Focus on past successes, not past failures.  When referring to his path to the creation of a commercially viable light bulb, Thomas Edison famously said “I have not failed.  I’ve just found 10,000 ways that won’t work.”  What an incredible attitude!  That attitude led to his becoming one of the most prolific inventors of our time.  Imagine what you could achieve if you did not look on your past failures as failures, but rather as learning moments?  Successful people see life this way.  Unsuccessful people give up as soon as they meet with failure.  Do not be that person.  Rather, keep in mind that no breakthrough came without breaking a lot of eggs along the way.  One way to keep this focus is by journaling.  Journal your way to success and you’ll be able to look back on not where you failed, but where you succeeded.

Focus on opportunities, not obstacles.  You may be familiar with the story of the man who found a butterfly struggling to free itself from it’s cocoon.  He cut it open so it could get out, but the butterfly only then fell to the ground and died.  That was because when a butterfly pushes and pushes against it’s prison to break free, it is strengthening it’s wings so that it can later take flight.  Rich people view life’s challenges that way, as things that will not break them but, rather, will make them stronger.  They lose jobs then start businesses.  They break up with “the love of their life” then find their true life partner.  They have heart attacks then end up running marathons!  Poor people give up at the slightest resistance.  They are content to stay in their pitiful state because it just gets too hard for them.  Life is what you make it.  So, when life hands you lemons, make lemonade!

Life is full of distractions.  Those come in the form of fires that have to be put out, people who make constant demands on your time, economic and health setbacks and the like.  Those who allow themselves to be distracted will never succeed because they will drift along from one crisis to the next, completely out of control of their own lives.  But those who achieve focus brush aside life’s distractions.  Oh, they deal with them.  But they develop systems and ways of moving and acting that get them right back on track afterwards or even keep those emergencies from popping up in the first place.

Org4Life Solutions provides lots of helpful articles that can help you achieve focus in life and ultimate success at getting whatever it is that you want.  So, visit us often at www.Org4LifeSolutions.com.  Join our mailing list so you don’t miss out.  I’m sure you won’t be disappointed.  And remember, always own it, be it, achieve it!

GET YOUR FREE PDF COPY OF MY

“GUIDE TO THRIVING ON A VARIABLE INCOME”

Learn the 5 things you need to know in order to get off the up and down rollercoaster of a variable income.  Packed with valuable, need-to-know info, it’s my thank you for joining my mailing list.

GET YOUR FREE COPY NOW!